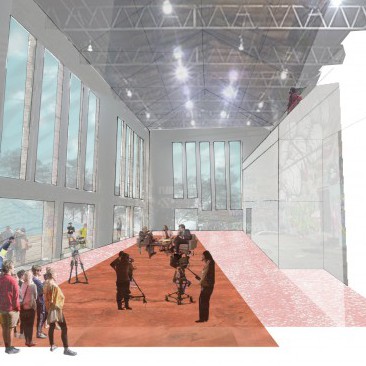 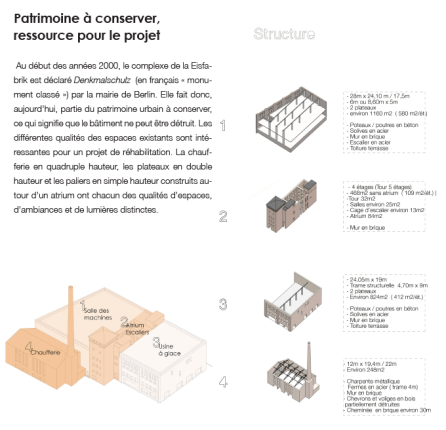 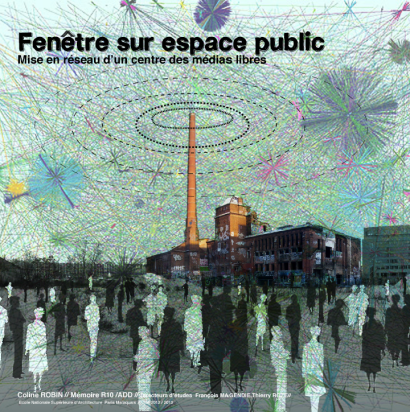 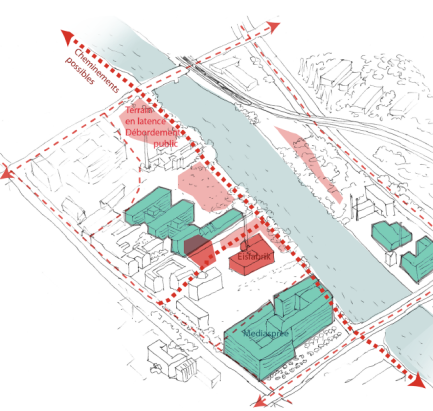 Mediafabrik reinvents an empty space in Berlin Mitte. By implementing a free platform for media production and hacking technologies, the new building becomes an open space for discourses and exchanges. The new facade of the building aims to tickle urban citizen curiosity. The direct broadcast of the media production is inviting people to take part, comment or/and take action.

Berlin, 2013, more than twenty years after the Fall of the Berlin Wall, Mediaspree, a gigantic urban project, start to lack relevance facing the nowadays context. Established at the German reunification, it aimed to create a media quarter on the desindustrialized ex-East Berlin riverbanks. The 2008 economic crisis strikes the top-down project Mediaspree and questions its sustainability.

It is time to step into the breach and follow a new logic. The renovation of the Eisfabrik, an old ice factory located in the Mediaspree project area, will allow me to create a new architecture for the media. This media production centre and startup offices is grounded on citizen initiatives. It will amplify voices (especially with it on-demand radio and TV studios) and create a vivid dialogue in public space. The Mediafabrik will be a main actor into the social changes brought by participation and direct democracy values, in the medias well as in society in general.